Mount Pavin in the Chaine des Puys mountain range in present-day southern France erupted in 4040BC.

Stone age people were mostly teenagers learning to live and grow up in these fast-paced adventures. No one lived over 40, so each generation learned to grow up quickly or die trying. Girls started gardening and created the first hamlets. Boys turned the gardens into farms and hamlets into villages. Both fought side-by-side. There was no time for differences to matter.

These were not cave dwellers and Jean Auel's Ice Age adventures ended centuries ago. This was the Neolithic Age, when the earth was lush and beautiful, full of birds and animals, but not many people.

The story follows one of the first families who transition from hunter-gatherers to farmers in southern France. You're propelled through the lives of five generations of a family from mountainous hunters to plains farmers. The realistic backdrop took years of research, however, the drama and suspense in the family as they journey through this time period at the end of the Stone Age is the driving force of the trilogy.

The Chasseen Legends: Ancient Blood
is the first book in the saga of a family living in the real world of 6000 years ago. Ashland is a driven man, wanting only to be a planter. Everyone and everything must relate to his goal of establishing his ideal village, a farming community. Dubnoald, his younger brother, wants the old ways of his hunter ancestors. Their sister, Averni, must hold the family together as they navigate this tumultuous time. Although each time she pulls her brothers together - they clash.

Yet they all realize no one can live without the protection that only family provides in a brutal and sparsely populated world.
Get The Chasseen Legends: Ancient Blood

The Chasseen Legends: Witch's Shroud
is the second book in the saga. Older brother, Ashland, and his son guide the village toward farming. Younger brother, Dubnoald, and his son want to return to hunting.

The two sons grow up in the shadow of their family's desires, swearing to uphold the decisions of their fathers. However, when the two sons inherit control of the village, Sparrow, the warrioress, and Deevia, the high priestess, also compete to take the reins. Who's helping whom?
Get The Chasseen Legends: Witch's Shroud

The Chasseen Legends: Lost Shadows
is the third book in the saga. The quarreling sons are gone. It's peaceful and Fawn is quite comfortable with her mundane existence in her little village… until it vanished! Now she's forced to battle slavers, a crippling injury and a blood oath for revenge. Not to mention the monster that follows them!

Fawn and her friends must endure a perilous journey to find another farming village in the harsh and brutal Stone Age world in which they live. And when they find it, can they survive living there? Things turn deadly as they fight to become accepted. Someone is trying to punish them. Who is it and why are they doing it? Can they find out before they're driven back into the wilderness to die?
Get The Chasseen Legends: Lost Shadows 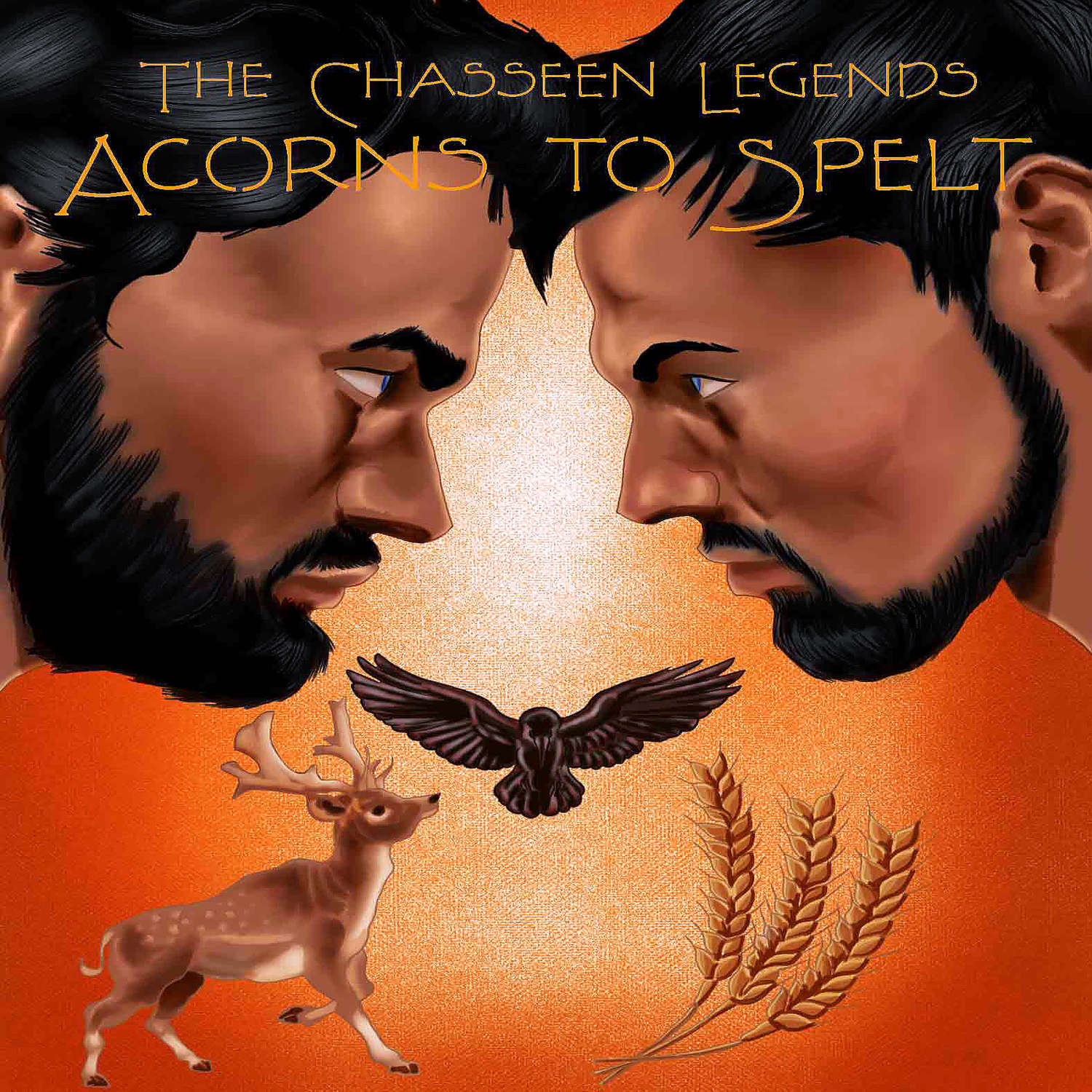 The Chasseen Legends Suite:
Acorns To Spelt Music
This music is written to accompany the book series.
The Chasseen were hunter-gatherers who began farming in southern France 6000 years ago, near the end of the stone-age.
The four movements, over eight minutes of music, are written to mimic the primitive instruments and vocals available at the time. However, the upbeat, inspiring music is a modern representation of what was possible with the various sounds they could make.

The first movement: Plant and Harvest
Women were the ones who started growing crops. Instead of risking confrontations with other clans or with wild animals, they began planting near their huts. These grew into large self-sufficient gardens. Once the men realized the advantages of living near their food supply, they began planting in earnest and moved from vegetable gardens to farming.

The second movement: Ceremony and Dance
The Chasseen talked to their gods through music and participated in religious ceremonies attended by vast numbers of clans from hundreds of miles around. It was a place to mingle and find mates. Drums got the attention ofthe gods and bird-like calls, tweets and songs talked to the gods. Since the gods were in the sky and birds flew in the sky, obviously, birds talked to the gods. Thus the Chasseent ried to sound like birds by fluttering, chirping and other noises. The drums began at a resting heart-rate and progressed to a faster pace. Then the bone and reed flutes took over at a running heart-rate and the people sang and chirped their messages to the gods.

The third movement: Through the Woods
There was a great deal of travel in 4000BC. Trading routes abound all across western Europe and grew into well-worn paths for everyone. Travelers had to endure rugged terrain, deluges and roving bands of bandits. These routes were used for getting to the massive religious celebrations, moving from exhausted soil to virgin ground and bringing innovations to scattered clans. Everyone traveled through the woods.

The forth movement: Winter and Repose Chasseen winters were cold though not usually freezing.This allowed for a respite from planting, weeding and reaping, but not from farm labor. Tool repair, weaving and rope making filled the shortened days until spring.